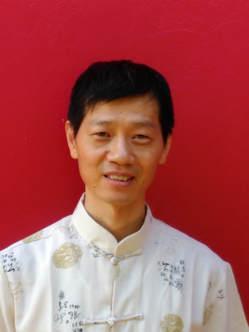 Allen is a Far North Queenslander by birth. He is a keen cultural exponent of the modern history of China, and is fluent in Mandarin. Allen has been established in Innisfail for many years, and has recently ended his 10-year retail business. He is an enthusiastic supporter of the operation of the Innisfail Temple.

Bill Sue Yek is a direct descendant of the See Poy family. The See Poy family has an illustrious history of service to the Innisfail district community as illustrated in the following web-site link:
http://adbonline.anu.edu.au/biogs/A110574b.htm
Bill is continuing the family history of community service and is ably supported by wife June.

As a professional educator, Shan brings a mix of global culture and energy with her to the benefit of the Innisfail district community. 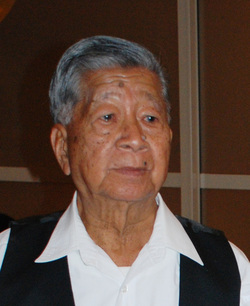 The Lee family, led by brothers Charles (Charlie) and William (Willie) has been resident in Innisfail since the 1930's. Charles and William operated a successful business for several decades and their descendants continue to be active in the Innisfail community.

Neville has continued the trusteeship held by his father William who was Trustee for 40 years from 1940 to 1980.
The Lee family genealogy traces back 800 years through the Northern Territory goldfields, Victorian goldfields, Southern China and Northern China. The first recorded Lee family ancestor’s name was Dong Weng  who was the magistrate of Tiantai County (near Shanghai) in the Song Dynasty (in the early 1200's), before the invasion by the Mongols. When Dong Weng passed away, he was awarded the name of “Wen Lin Lang (Man of Literature)” by the emperor.  The fifth Lee family ancestor’s name was Ying Kui. He was a Great Scholar at the Imperial Academy at about the time of building of the Forbidden City in the early 1400's.
Neville is supported by wife Eileen who is the Tai Chi teacher leading regular Tai Chi classes in the Temple hall.

No person or group (other than the Office-bearers of Innisfail Chinese Community Ltd) is authorised to make representations on behalf of the Innisfail Temple.